Understanding the need for stabilization 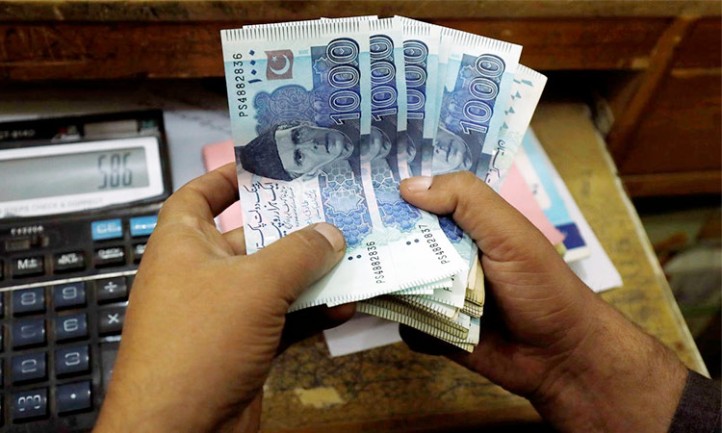 This blog post is based on a session of the Lahore Policy Exchange held at the Consortium for Development Policy Research on 5th July, 2019 with Dr. Reza Baqir, Dr. Ijaz Nabi, Dr. Salman Shah, and Tariq Saigol.

On July 3rd 2019, the International Monetary Fund (IMF) approved a $6 billion 39-month Extended Fund Facility (EFF) arrangement for Pakistan. The EFF was conditioned on a set of macroeconomic stabilization measures designed to allow the government to implement an economic reform program. In order to understand the contours of this reform agenda, it is important to understand the implications of such a stabilization program.

Responding to the demands of the IMF, and the needs of the economy, the State Bank of Pakistan (SBP) allowed the rupee to depreciate against the dollar to bring it at par with the market rate. Since the start of 2018, the rupee depreciated by almost 45 percent against the dollar. This exchange rate adjustment combined with higher fuel prices and demand side pressures resulted in inflationary pressures and an erosion of purchasing power. Consequently, to curb inflationary pressures, SBP raised the policy rate (i.e. lending rate of the central bank) at the start of 2018 to 13.25 percent from 5.75 percent. At the same time, the government also initiated an austerity drive and tightened its fiscal policies while cutting down expenditures.

The immediate effect of these policies was a slowdown of the economy and weakening of growth prospects over the next two to three years.

Ironically however, this is not unfamiliar territory. Pakistan has sought IMF support 13 times in the past three decades and this is the country’s third IMF package since 2008. While the political context in which each of these crises occurred differed, the underlying structural deficiencies have remained the same.

An important question that emerges is how will these stabilization measures, which have slowed down growth currently, ensure growth in the future? More importantly, how can we ensure that this is the last time we go to the IMF?

The effects of instability and its causes

The multiple aspects of macroeconomic instability can be narrowed down into three broad categories: external, monetary, and fiscal.

A typical situation of external instability is represented by two concurrent trends: a rising current account deficit where imports exceed exports and, depending on the exchange rate regime, falling foreign reserves. In Pakistan, both these trends were driven by an overvalued exchange rate. Between 2013 and 2018, the PML-N government, maintained a USD to PKR exchange rate that hovered around a 100, far below the market rate. This resulted in an increase in imports (making them cheaper to purchase), eroding foreign exchange reserves, and at the same time made our exports uncompetitive in the global market. With an overvalued exchange rate, there is inevitable pressure on the external account, which can lead to a full-blown Balance of Payments crisis, all the while eroding foreign reserves. The net effect of such instability is to raise uncertainty about the future, dampen investment, job creation, and ultimately growth.

A good way to capture monetary instability is via rising inflation which erodes purchasing power and can reduce real living standards. While those in middle-to-high income brackets are able to smooth their consumption with savings, those in lower income brackets are hit the hardest. Inflation not only slows down economic activity, but also adversely impacts income distribution, disproportionately affecting the poorest segments of society.

Fiscal instability is caused by a situation where government debt rises due to recurring fiscal deficits i.e. the government spends more than it earns. To counter this, given a narrow tax base, Pakistan inevitably needs to borrow. However, the country has failed to pursue a borrowing policy that minimizes the risks of taking on debt. As a result, over the previous decade there has been a persistent and significant deterioration in Pakistan’s debt sustainability. The debt burden became so large that it squeezed other sectors of the economy and necessitated assistance from the IMF.

What has been done so far?

At the same time, to combat rising inflation, interest rates were also increased by 750 basis points since January 2018. Despite the associated increase in the cost of borrowing, the State Bank considers this to be a short-term measure and expects the increase in purchasing power to compensate for the decrease in investment in the short-run.

On the fiscal side, the government vastly decreased its expenditures while increasing its revenue targets. The Federal Board of Revenue (FBR) has initiated a comprehensive campaign to document the undocumented sectors of the economy and broaden the tax base.

A primary objective of indicators such as the exchange rate and the interest rate is to provide a signal to the markets about the direction of the economy. Hence, the importance of sentiments in stabilization cannot be overstated.  Responding to corrective measures taken so far, non-resident purchases of stocks have been going up. Hence some of the actions that have been taken so far are having the intended effect.

The quantitative fiscal measures have also been accompanied by some qualitative measures. In the past several months, the SBP was one of the biggest sources of financing the government deficit leading to inflation (via printing more money). As part of the stabilization program, the IMF wants the government to reduce its reliance on the SBP and this is reflected in the new budget where financing from the central bank has been reduced to zero. Moreover, debt obligations have also been pushed forward.

The IMF has released its first tranche of $1 billion. This has the potential to unlock additional financing from other multilateral and bilateral sources. It will also give government the fiscal space to increase development and social protection spending.

Simply put, no. While instability ensures that growth cannot take place, the converse is not true. The objective of macroeconomic stabilization is merely to create the conditions in which growth can potentially take place. This potential can only be unlocked by a supportive reform agenda of the government.

The start of any stabilization program is accompanied by hard economic decisions that require difficult adjustments by the people. In this phase, the government’s prime responsibility is to ensure that the effects of such adjustments are mitigated for lower-income segments of the population. At the same time, it has to ensure it addresses the key structural deficiencies that have resulted in recurring macroeconomic crises.

This is by no means an easy challenge. The problems that Pakistan faces are numerous and varied. It must reform and strengthen institutions to ensure economic mismanagement ceases to be a recurrent feature. It must simplify and rationalize tax laws while at the same time widening the tax base and focus on increasing the value of its exports in the global market. It should take measures to increase productivity in manufacturing and services, improve the ease of doing business via deregulation, and restructure the energy sector. At the same time, it needs to enhance social protection, and reform public health and education. Pakistan must also reform the way its cities are managed to ensure they become the engines of growth a modern economy requires.

Lastly, but most importantly, any successful reform program needs a supportive bureaucracy. Political leadership relies on the civil service to understand government procedures and help formulate policy. This connection needs to be strengthened to ensure policy prescriptions reach their logical end.

Bakhtiar Iqbal is a Research Assistant at the Consortium for Development Policy Research.